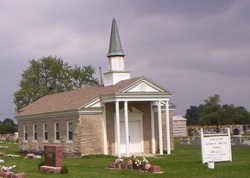 Being in China with a limited library has been a very good thing for me. I have only had The Bible, novels from hostels, and a half dozen theological works to read. Two of the theological works are Elaine Pagels, The Gnostic Gospels, and The Social World of Luke Acts, ed. Neyrey. These two books, and being alone in China , have helped me see many things differently. The first is: REPENT!! GET SAVED!!  The more I read Paul’s call to repentance, the louder I hear another voice saying: “but he was writing to the church.” Maybe we are asking the wrong question when we ask: Are you saved?”  If instead, the question was: “Will you follow Jesus?” we might have a totally different focus within Christianity.

In many ways the Pietist understanding of the conversion experience caused changes in the church as great as those brought about by Constantine. Constantine changed the nature of the church hierarchy from martyrs and saints, to saints and bureaucrats. The Pietist focus on the conversion experience has in many ways turned the church into saints and used car salesmen. There will always be Christians who follow Jesus.  Sick, healthy, or on the edge of heresy there always have been, and always will be Christians who struggle through a fallen world, trying to follow that Palestinian rabbi who was somehow one with God.

Sadly, as the bureaucracy developed to allow the church to fill the social holes left by the collapsing Roman Empire, the used car salesmen  answer the post Enlightenment question: “What’s in it for me?  The used car salesmen in clerical collars (or expensive suits with designer ties”) have the answer. Here’s a deal you can’t refuse: “Repent your sins and believe in Jesus, and you will spend eternity in Heaven with God. Refuse to repent and you will be tortured for eternity. If you do repent then you will go to heaven when you die and float about on clouds playing a harp for eternity.”Not a bad deal, but I don’t think that was the deal that Jesus offered. It seems that He simply called people to follow Him. Some followed well, some not so well, some followed and ran away, and one betrayed Him.

When Paul was knocked into the dust of the Damascus Road. He wasn’t at a revival meeting in Kansas, or in the Faith, Hope, and Love Tabernacle of the H.S. Inc. He was face to face with the Jesus that he had never known but had persecuted. He was face to face with the truth about Jesus and the truth about himself. Did he repent of his sins? Of course he repented. Did he repent to buy a cheap ticket to Heaven? No. Whatever it was that happened, the newly minted apostle certainly didn’t get to his feet smiling and picturing a happy afterlife surrounded by Southern Baptists singing Fanny Crosby hymns. He was at that moment a citizen of God’s Kingdom.

Looking at him that way, has helped me understand him a little better.  Paul repented as his life was changed. Did the repentance cause the change? Did the love he finally saw, cause the change? Did the change come from the decision to follow rather than pursue Jesus? I don’t know and when I look at myself, at my own conversion, I would be afraid to guess. I do know that it was not a simple “Get saved and go to heaven. Say no and it’s the Lake of Fire”.
When Paul was knocked into the dirt it was not the threat of Hell that put him there: It was the Face of Jesus. When he stood up, he did not see himself   “a sinner saved by grace,” on his way to The Pearly Gates.  Instead, he saw a forgiven sinner, now a citizen of a new kingdom, following a new Master, on whatever road the journey called him to.

When I read Paul’s writings I try to keep that in mind. Paul was a good Jewish lawyer. Much of what Paul wrote is done in good lawyer’s style. He dissects issues beautifully but they are cut up, not because Paul saw them separately, but because that’s how he worked. He was a lawyer. The faith/works issue is a wonderful example. James couldn’t see how they could be separated but Paul couldn’t think of using words to describe either faith or works, without separating, isolating, and breaking down every element of both.

We have sadly gone far past what Paul did, even though there are few of us who might compete with Paul as a Jewish lawyer.

When the used car sales men took over, they did what used car salesmen usually did. They simplified the sales presentation. They emphasized the positive: “ 17 coats of hand rubbed lacquer, and that’s real leather upholstery.” Not that the brakes were burnt out, and the engine was running 50 weight oil to keep the smoke down, there was sawdust in the rear end, and sometimes you had to get under the car with a wrench to get it out of reverse. When a used car salesman puts on a clerical, collar things don’t change very much. “O.K ….. We sure don’t want the Lake of Fire do we? ….. I’ll put you down as a convert. Now how do you want to finance this beauty? Your bank, or our preferred lender, Golden Gates Financial? Jake Golden is a personal friend of the owner here and he’ll give you a sweet deal.” That’s not the deal Paul was offered on the Damascus Road. When Paul faced Jesus it was a package deal. There was no finance company involved but you still paid as you went along and we might remember that.

To finish this particular rant I must tell a story. I have told it many times in churches, sometimes more than once, but it carries a great truth. An old Mennonite was accosted by an Evangelical missionary one day. “ARE YOU SAVED?” His answer was one we might all hopefully give when asked by the real judge ……. “Well I would say I was … but you shouldn’t take my word for it, as I am an interested party. …….. We could go into the store …… Jacob Miller has known me since we were boys ….. Or …… better yet, come home with me. You can ask my wife. We’ve been married for 47 years. If anyone would know she would.”
I don’t think that Paul would disagree.

ck here to edit.
Powered by